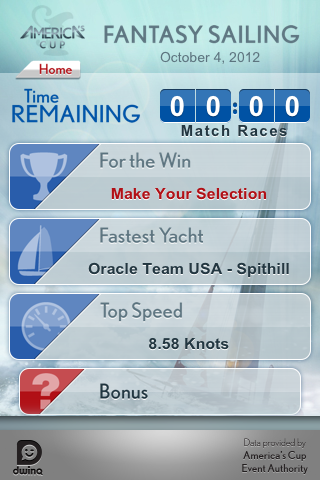 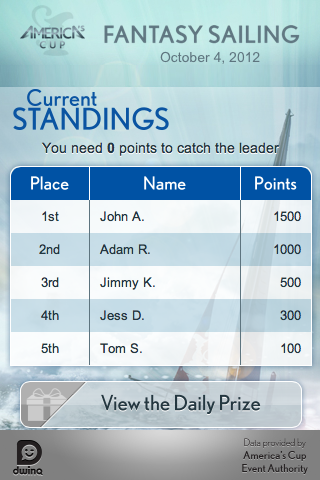 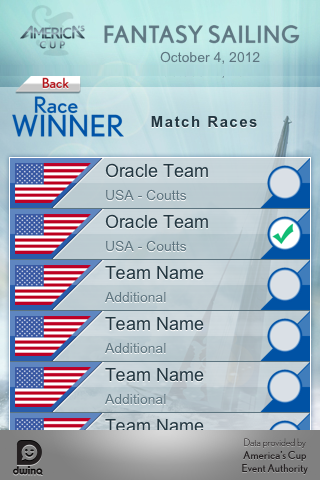 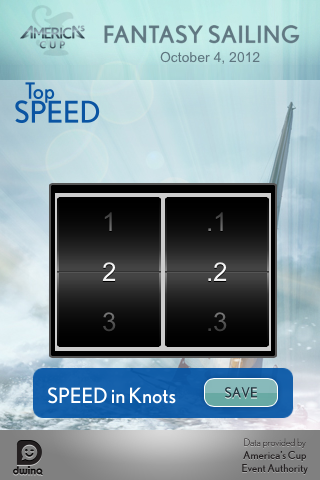 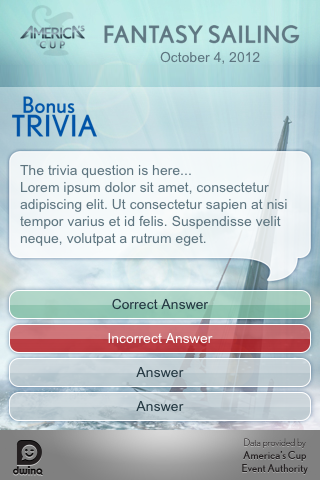 In September 2012 dwinQ came to PixelBit looking to build a mobile and on-site solution for the Lexus America's Cup. After the initial meeting the team started to wireframe the mobile flow and put pixels together to create a complete prototype. Soon after the team refined the mobile app and started working on connectivity. Utilizing jQuery the PixelBit team was able to develop a flexible framework that was easily ported to the kiosk implementation. The final deliverable was an engaging and professionally designed mobile application that allowed America's Cup attendees to vote and interact with the events onsite.

One of the complexities in this project was interfacing with the proprietary AC API. The dwinQ team provided a middle-tier server implementation that enabled the PixelBit team to integrate in the front-end using jQuery and REST services with a JSON response. A redundant caching model was implemented to limit downtime to the app even in the rare cases when the back-end services were offline or updating the race results. This allows the user a seamless result minimizing friction with the voting and event process.