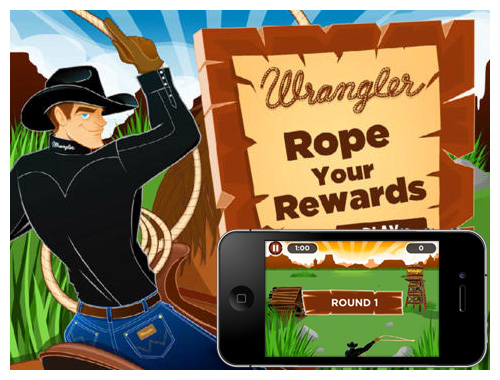 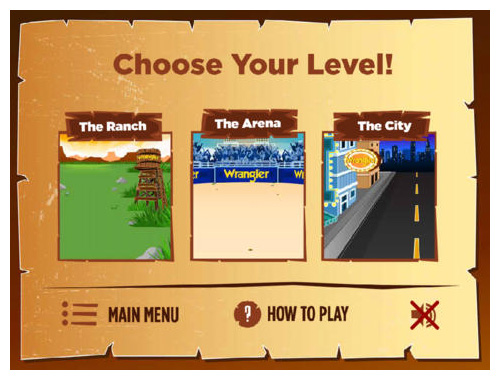 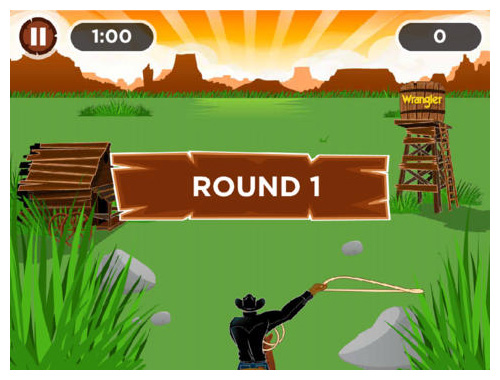 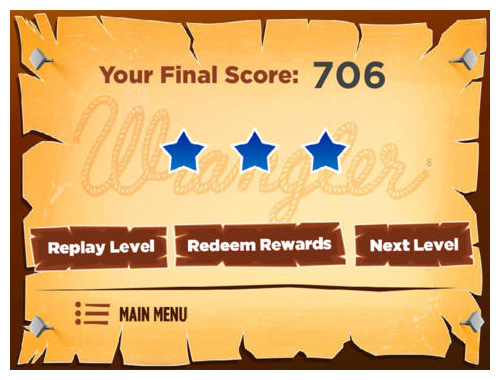 The Wrangler Rope Your Rewards mobile app was developed as a promotional vehicle for Wrangler. The app was developed using Flash for iOS Packager from Adobe which allowed the PixelBit team to deliver on iOS and Android devices with few changes. The team worked closely with Media-Fuse to develop the art and by using Flash was able to build out SWF sheets for character animation. This allowed the app to achieve higher frame rates and smoother playback on a wide range of devices.

The Wrangler Rope Your Rewards mobile app was a success and drove sales to Wrangler through various rewards users won by playing the app levels. In addition users were welcomed with premium content (such as wallpapers and image packs) from various events and celebrity endorsers throughout the Wrangler brand.